by the Ecumenical Council of Berlin-Brandenburg (ÖRBB)

On January 20, 2022, the pastors at Berlin Brandenburg Airport Willy Brandt were awarded the 2022 Ecumenical Award by the Ecumenical Council of Berlin-Brandenburg (ÖRBB).

The jury thus honoured some 30 volunteers working under the supervision of Pastor Sabine Röhm and Father Wolfgang Felber for their commitment to passengers and employees at BER, which, as it was highlighted, happens largely in secret. The words of BER Terminal Manager Katy Krüger at the award ceremony, held in Antiochian orthodox church of St. Georgios in Berlin-Mitte, were full of praise. She noted that the purple vests are an integral part of everyday life at BER, “It doesn’t matter which country people come from, what their worldview or beliefs are – the airport pastoral workers listen to them; offering help, comfort and encouragement. They appreciate the value of your work and we would like to thank you for that. Together we stand for cosmopolitanism, tolerance and humanity at our airport.”

The Ecumenical Prize is awarded once a year by the Ecumenical Council of Berlin-Brandenburg (ÖRBB) for exemplary cooperation between various Christian churches. The pastors at BER Airport are supported by the Protestant and Catholic churches. 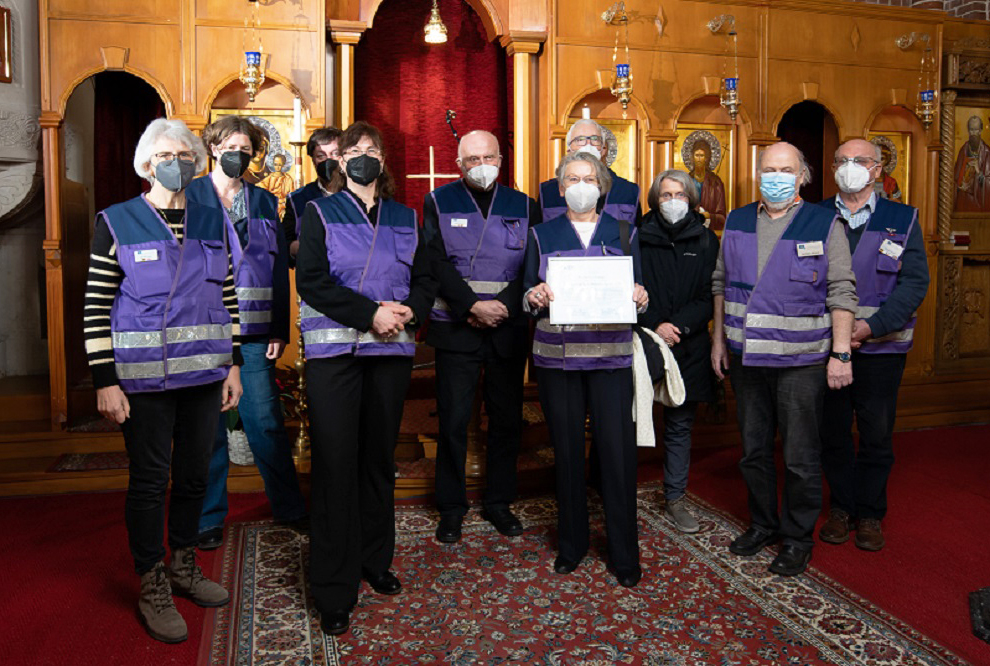