Today's signing of the "Toulouse Declaration" on the initiative of the French Council Presidency marks an important commitment to decarbonising aviation in Europe. For the first time, European governments, the European Commission, industry and other key stakeholders have formally agreed to decarbonise aviation by 2050. Airports, led by ACI EUROPE, have been instrumental in driving this initiative. Flughafen Berlin Brandenburg GmbH has also joined the signing of this declaration by European airports and airport associations.

At the national level, German airports, together with the german airport association ADV, are striving for a CO2 reduction of 65 percent by 2030. By 2045, the German airports want to achieve climate-neutral airport operations.

You can find the Toulouse Declaration and an overview of all ACI Europe members who have signed the declaration here. 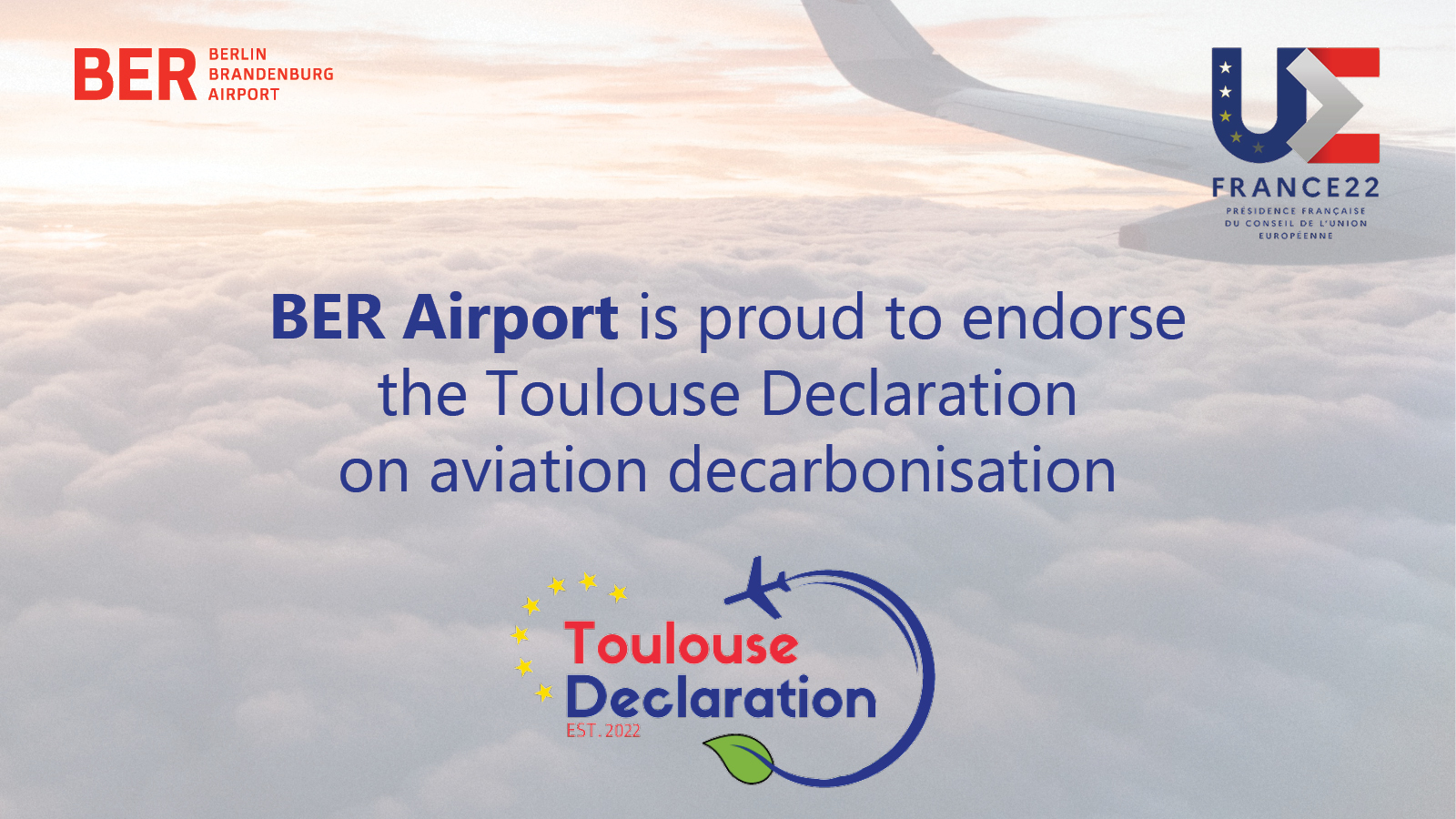