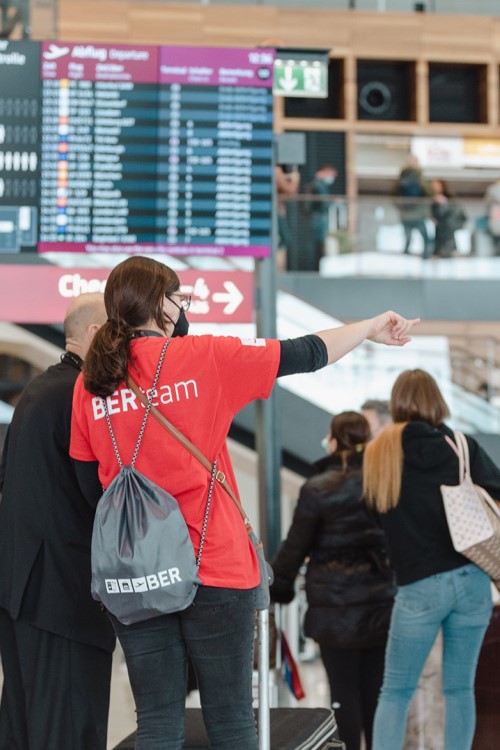 For the first time, more than 70,000 passengers at BER

For the first time since its opening in October 2020, more than 70,000 passengers were handled at BER airport in one single day. On Good Friday 73,000 passengers were counted, which corresponds to roughly two-thirds of the passenger numbers that, in the pre-Corona year, had been counted at the airports of the time, Tegel and Schönefeld, on a busy day.

At peak times the BER-team had been in action once again and supported the passengers in both terminals. The BER-team is composed of employees from various divisions within the airport operating company, who help passengers to find their way around the airport or assist them with the check-in at the self-service kiosks. The BER-team will be on the spot once more for the wave of people returning from their holidays this coming weekend.