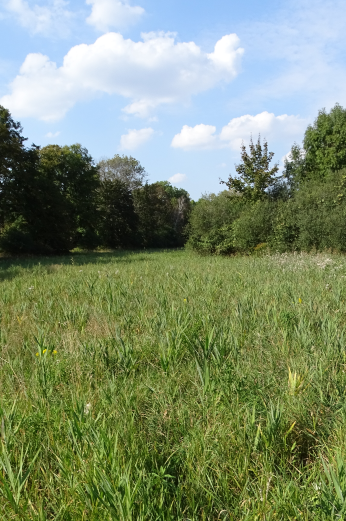 The rescuing of fawns in the Zülow­niederung 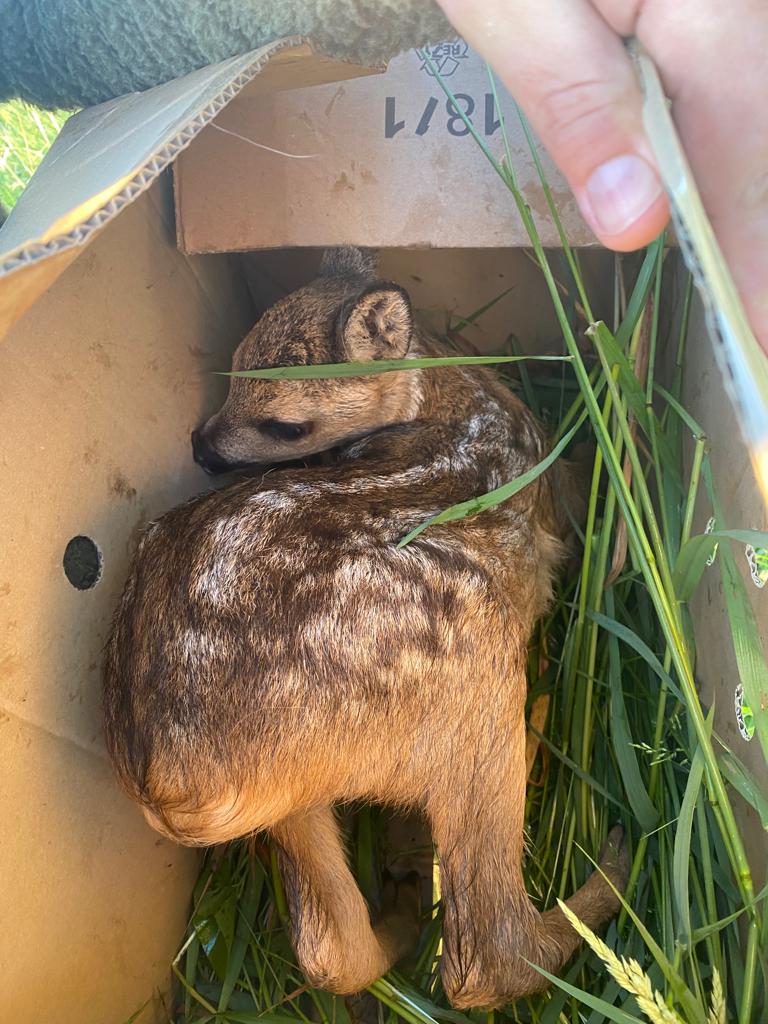 The rescuing of fawns in the Zülowniederung Nature Reserve

In the context of the BER’s compensation and conservation measures in the Zülowniederung, the marshlands there are regularly cultivated, in order to push back the reeds and create and preserve a more species-rich and increasingly rare marshland habitat. Mowing in June is undertaken by the local farmers every year at the beginning of that month.

In order to find fawns that have been set down in the grass for protection against predators, but are not yet mobile and thus unable to run away, the marshlands were combed prior to the mowing with the aid of drones equipped with thermal imaging cameras. The search for the fawns took place in the early hours of the morning already. A measure that paid itself off. Two young fawns were rescued, put in crates and released into the environs. The young animals were thereby not touched by hands and transported only briefly in crates that were filled with natural materials. Our special thanks for this rescue go out to the Agricultural Cooperative in Groß Machnow and the dedicated helpers.

The landscape development and ecological upgrading in the Zülowniederung is the largest single project among the compensation and replacement measures. Ca. 2,600 hectares in area, this open lowland landscape is situated to the south of the airport between Mittenwalde, Dabendorf and Groß Machnow/Rangsdorf. The aim of the upgrading is to improve the living conditions of the flora and fauna and to increase the experiential value of the Zülowniederung.