The first cut of the spade: easyJet and the airport company (Flughafen Berlin Brandenburg GmbH) commence construction work on the first easyJet Hangar

In the coming year, the first easyJet maintenance hangar outside Great Britain is to be erected on the construction site in the new maintenance area of the BER, to the southwest of Terminal 1. It is intended that, over an area of 19,600 m², extensive maintenance and repair work in the context of Light Base Maintenance should be undertaken on this hangar site from the beginning of 2023 and that the hangar hall, ca. 10,000 m² in area, should offer enough space to enable work to be carried out on four aeroplanes up to the size of the Airbus A321neo at the same time. easyJet had already opened its first station for line maintenance outside Great Britain in the summer of 2020. For easyJet, the construction of its own hangar at BER is the next logical step in order to be able, in the future, to carry out more extensive maintenance work at the Berlin-Brandenburg location on the machines stationed at BER airport as well as on easyJet’s entire European fleet and to thus ensure the smooth implementation of maintenance work on said European fleet. With a total investment volume of circa 20 million Euros for the maintenance station and hangar, easyJet, as Europe’s leading airline, underlines the strategic significance of its base at the Berlin-Brandenburg location for its own network, creates high-quality jobs on the spot and thus strengthens the economy in the region.

Stephan Erler, Country Manager Germany at easyJet, comments: “Today’s first cut of the spade is an important milestone for our commitment in the Capital Region of Berlin-Brandenburg and I am very pleased that, after 17 years of constant commitment, we, with the commencement of construction work on our new maintenance hangar, have now been able to take the next strategic step towards the future of our base at BER airport. As a clear sign of our loyalty to our Berlin location we have decided to set up our first easyJet maintenance hangar outside Great Britain here at BER airport and thus extend our market position in the Capital Region still further, always combined with a long-term, sustainable approach for the economic region Berlin-Brandenburg.”

Engelbert Lütke Daldrup, Chief Excecutive Officer of Flughafen Berlin Brandenburg GmbH: “We thank easyJet for the good partnership between us, also during the pandemic, and for its confidence in the future of the BER. An Investment amounting to 20 million Euros and the creation of high-quality jobs at the BER are clear statements in favour of this region as an economic area and airport location. On an international market many locations, especially in pandemic times, would have been delighted about such an investment. We regard this as a compliment for the BER and an incentive for the future.”

The construction project for the maintenance hangar is being realised jointly by easyJet and FBB. In this context, the airport operating company is responsible for the setting up of the construction site, the civil engineering tasks connected with the foundations of the building and for infrastructure connections. The FBB’s share in the investment and the use of the area by easyJet are to be refinanced by way of rental payments by the airline to the airport operating company. The construction design, superstructure of the hangar and the technical installations are the responsibility of easyJet.

Editorial Inquiries will be answered by APCO Worldwide for easyJet:

Europe’s leading airline, easyJet, offers a unique and successful combination of the best network of routes, which links Europe’s central airports with each other, with an excellent price-performance ratio and friendly service.

easyJet operates more of Europe’s most popular European routes than any other airline and, in 2019, transported more than 96 million passengers – more than 16 million of whom were business travellers. The airline has more than 300 airplanes flying almost 1,000 routes between 150 airports in 35 countries. More than 300 million Europeans live less than one hour away from an easyJet airport.

easyJet sees itself as a sustainable and responsible company that employs people on the basis of local contracts in eight countries all over Europe in full compliance with the national laws, and thereby recognises their trade unions. The airline supports a number of local charitable organisations and additionally maintains a partnership with UNICEF which, since its initiation in the year 2012, has collected more than 14 million pounds for particularly vulnerable children.

easyJet takes the topic of sustainability seriously and is the first major airline that compensates the CO2-emissions of its fuels for all of its flights. The airline regards this as a transitional measure until such time as new technologies for the decarbonisation of air travel are available. In the meantime, easyJet will continue to support innovative technologies, work efficiently and aim to achieve a high level of seats filled. Since the year 2000 we have improved the efficiency of our CO2-emissions per passenger kilometre by more than one third. We have set ourselves the target of achieving a reduction of 38 % by 2022.

Innovation runs through the veins of easyJet – since its launch more than 25 years ago, when easyJet revolutionised air travel, to the present day, when we play a leading role in the fields of digitalisation, web, engineering sciences and operational innovations, in order to make travel yet more easy and affordable for our passengers. 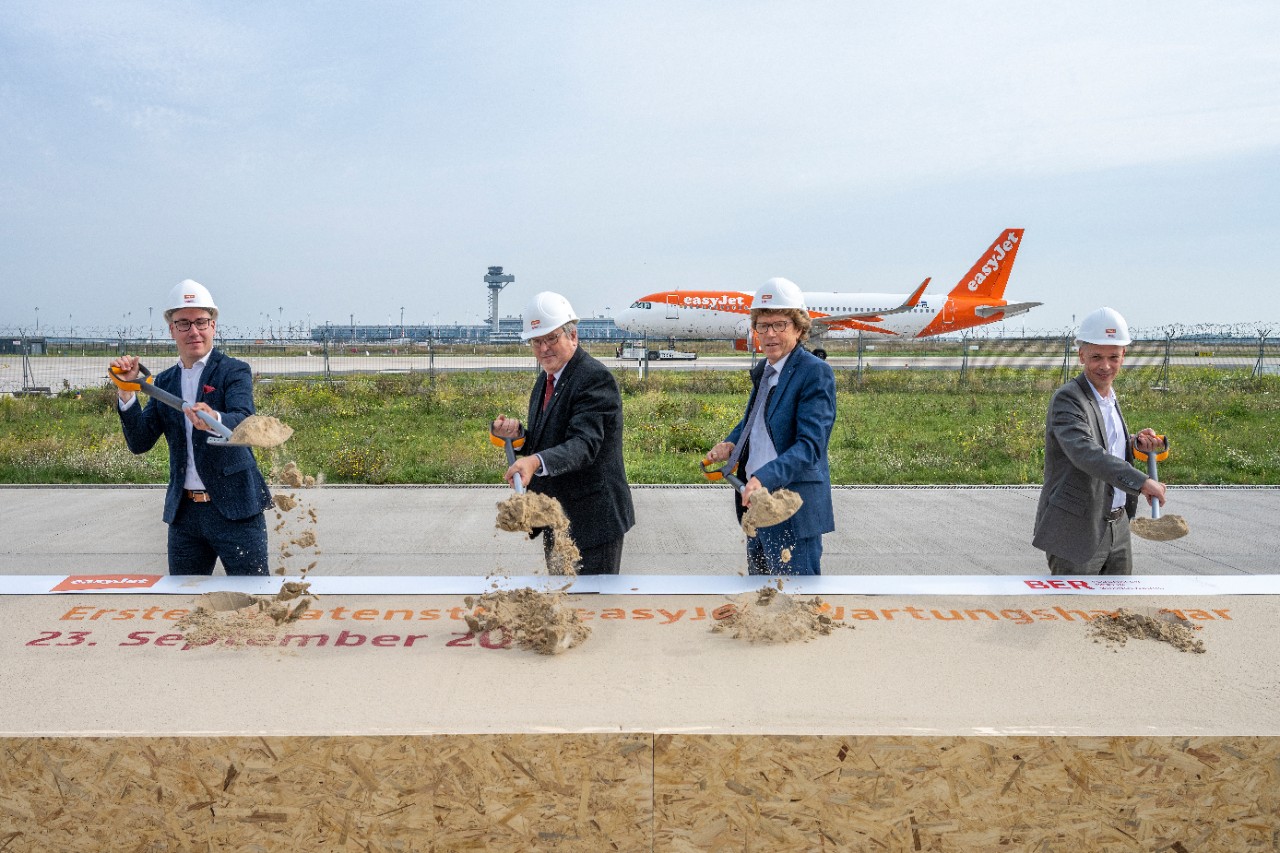