Flughafengesellschaft Berlin Brandenburg has now sold the last of its plots of land in the Business Park Berlin. Last Thursday (16/12), the purchasing contract for a plot of land 63 hectares in area was signed with the British real estate company SEGRO. In order to ensure that a targeted approach was made to all interested companies, FBB had commissioned the real-estate service provider Jones Lang LaSalle (JLL) exclusively with the task of implementing a structured bidding procedure. According to JLL, this is one of the largest real estate transactions in Germany in the year 2021. The parties agreed to maintain silence concerning the purchasing price.

SEGRO, one of the most renowned project developers in the field of industrial parks and logistics properties in Europe, had already acquired 38 hectares of land in the Business Park Berlin in the year 2008 from the airport operating company. On that land, SEGRO has built modern and sustainable industrial units for, at present, a good 70 tenants from the sectors sales & marketing, trading, service providers and light industrial. A wide mix of sectors has already settled there, ranging from medical technology via yacht and aircraft assembly, transport and logistics companies through to traditional craftsmanship. SEGRO is going to proceed with its successful concept at this location in the coming years and to extend it by way of this latest real estate purchase at the site. Additional light industrial areas are planned, as well as the creation of urban “Last Mile”, offers, office and service areas and the establishment of gastronomic facilities.

The Business Park Berlin has, in cooperation with the District of Treptow-Köpenick, been developed into one of the largest continuous industrial estates in Berlin. Its location, directly on the main 96a road with connections to the motorways A 113 and A117 an S-Bahn (suburban railway) station within walking distance, has excellent traffic links. Berlin Brandenburg Airport can be reached by car within a few minutes.

Aletta von Massenbach, Chief Executive Officer of Flughafen Berlin Brandenburg GmbH: “We are very pleased that the properties have, in the shape of SEGRO, been purchased by a company that is future-oriented and intends to invest in sustainable industrial development. That creates additional jobs and is an enormous gain for the region around the airport. At the same time, it speaks for the international radiance of BER that, once again, a major foreign investor sees a good entrepreneurial opportunity in a location in its vicinity. For the airport operating company, the Midfield Gardens Project will, in the future, be at the focus of its attentions. An architecturally challenging and sustainable district will spring up in the immediate vicinity of Terminal 1, which will attract internationally operating companies from future-oriented sectors.”

Tim Rosenbohm, Director of Light Industrial Northern Europe at SEGRO: “With this extension, our SEGRO Airport Park Berlin will grow to an area of almost one square kilometre. The success of our park and its popularity with companies from a wide variety of sectors mirrors the extremely positive economic development that has taken place in Berlin in the last ten years. Since the opening of the Berlin Brandenburg Airport “Willy Brandt”, demand for our industrial properties has received yet another boost.”

Oliver Igel, District Mayor of Treptow-Köpenick: “Industrial locations in direct and indirect proximity to the major city airport BER are very popular with investors. The fact that the airport operating company has now succeeded in selling the last property in the Business Park Berlin underlines the attractiveness of the airport region. The size of the area sold also bears witness to the confidence that SEGRO places in this location. I very much welcome this extremely positive development." 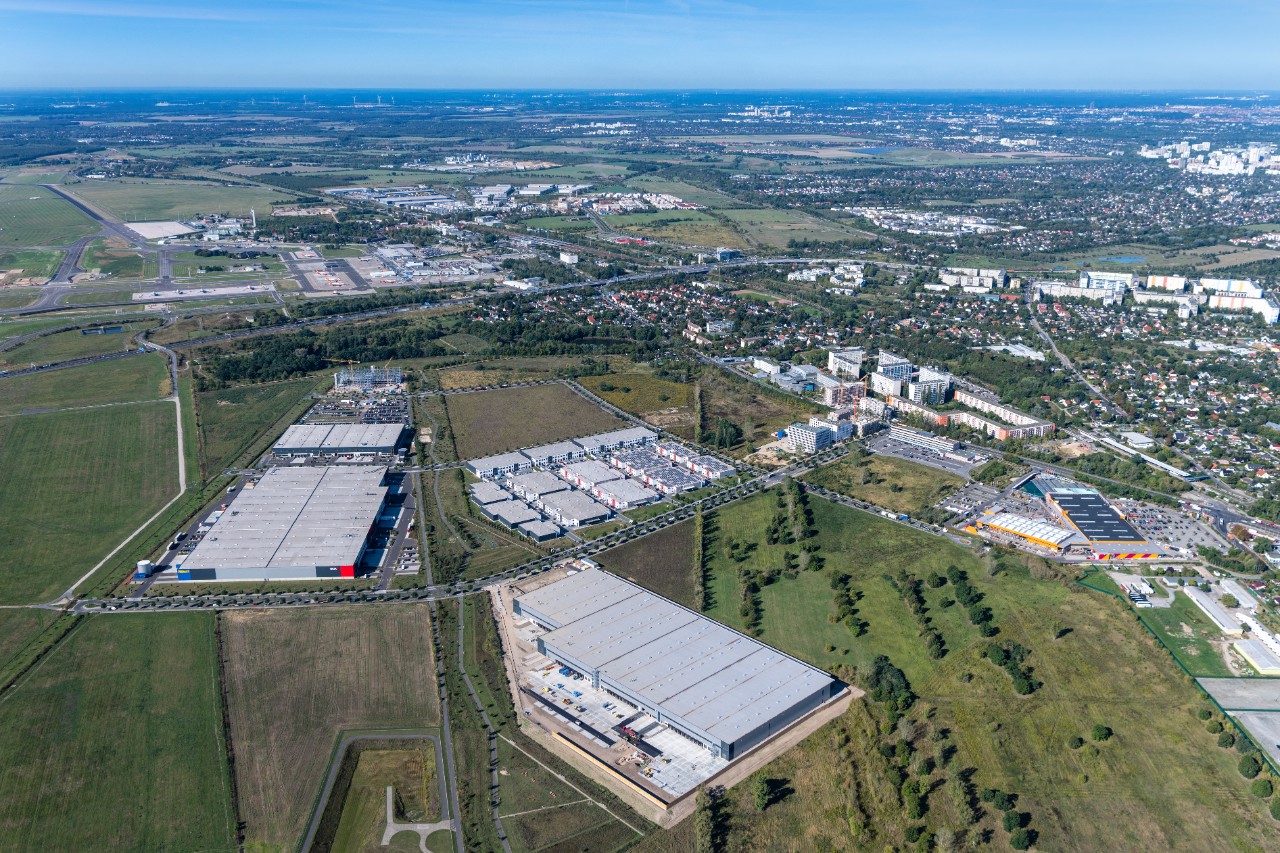 The photo may only be used for editorial or private purposes. Graphical changes are not permitted, except for cropping the main motif. There is no charge for its use, provided the source is acknowledged and two free copies of the publication are sent.