United Airlines is returning to the German capital region and is now connecting BER non-stop with New York/Newark in the USA. Year-round flights direct to the US East Coast metropolis are back. The aircraft being used are Boeing 767s.

“Welcome! The long-haul route to New York/Newark is an important milestone for us here at BER. The non-stop link to the US East Coast will play a major role in promoting cultural exchanges as well as tourism between the German capital region and the USA. It will also boost the strong economic links between the two regions and highlight the attractiveness of BER as a location.”

“Berlin and its inhabitants welcome the new direct route to New York. After two years of the coronavirus pandemic this step also marks a return to normality and it underlines German-American friendship. Both cities are attractive urban centers which depend on their links with each other, and now finally they are directly connected once again. Of course economic links will also benefit as a result, an example of this is the US company Tesla setting up operations in this part of Germany. I hope that United has also paved the way for other airlines which link BER directly to other destinations around the world and will therefore make our capital city airport even more attractive and competitive.”

Stephan Schwarz, Senator for Economy, Energy and Enterprise of the State of Berlin:

"The direct link between Berlin and New York is a major positive signal marking a new beginning for us as a key business hub. As the Senator for Economy I am delighted that it will greatly simplify transatlantic economic links between the two great metropolises. I will continue to do all I can in the future to make sure that Berlin, a city that is a key international hub, gains direct access to the different regions of the world. Our tourism and cultural sector as well as the whole Berlin-Brandenburg innovation hub benefits as a result of this."

"We are very pleased that we are finally operating this important route again and that there are thus once more non-stop flights between the German capital region and the largest metropolis in the USA. Once they arrive in New York/Newark our passengers can transfer conveniently to other United Airlines flights serving roughly another 50 destinations in the USA, such as Florida, California, Hawaii or the Great lakes region.”

“The direct link between Berlin and New York is a good start. I took the inaugural flight out of BER myself in order to get to an economic conference in the USA. However we need many more direct intercontinental links to Berlin – as a matter of urgency! Two thirds of non-European business travelers who had to land in Frankfurt before the pandemic wanted to travel onwards to Berlin. This frequently unnecessary circuitous route cannot be justified – not just in environmental terms, but also when it comes to discussions with international businesses which are thinking of setting up in our region.”

As from March 28, 2022 United Airlines is flying six times a week (every day except Wednesday) from BER to New York/Newark (EWR). As from May 5, 2022 the link will then operate on a daily basis from Berlin-Brandenburg.

The New York/Newark hub where passengers from BER arrive provides access to over 50 cities in the USA, including Chicago, Los Angeles, Seattle and Fort Myers.

The non-stop flight to New York/Newark has been a standard option for people flying out of Berlin since 2005. Initially the long-haul route was flown by Continental Airlines leaving from Berlin-Tegel airport, and since the merger of the two airlines in 2010 it has been operated by United. The link that was shut down in 2020 due to the coronavirus pandemic has now been cleared for take-off in 2022.

The US carrier is a founding member of the Star Alliance™. In 2019 United and United Express® carried over 162 million passengers on 1.7 million flights. United is proud to have the most comprehensive network of any North American carrier with US hubs in Chicago, Denver, Houston, Los Angeles, New York/Newark, San Francisco and Washington, D.C. Three different classes of service can be booked on the flights out of BER – United Economy, United Economy Plus and United Polaris Business Class. A lunch, snacks, drinks and onboard entertainment are also included in Economy Class. Modern air filtering systems, compulsory mask wearing and thorough cleaning schedules guarantee a safe and pleasant travel experience. 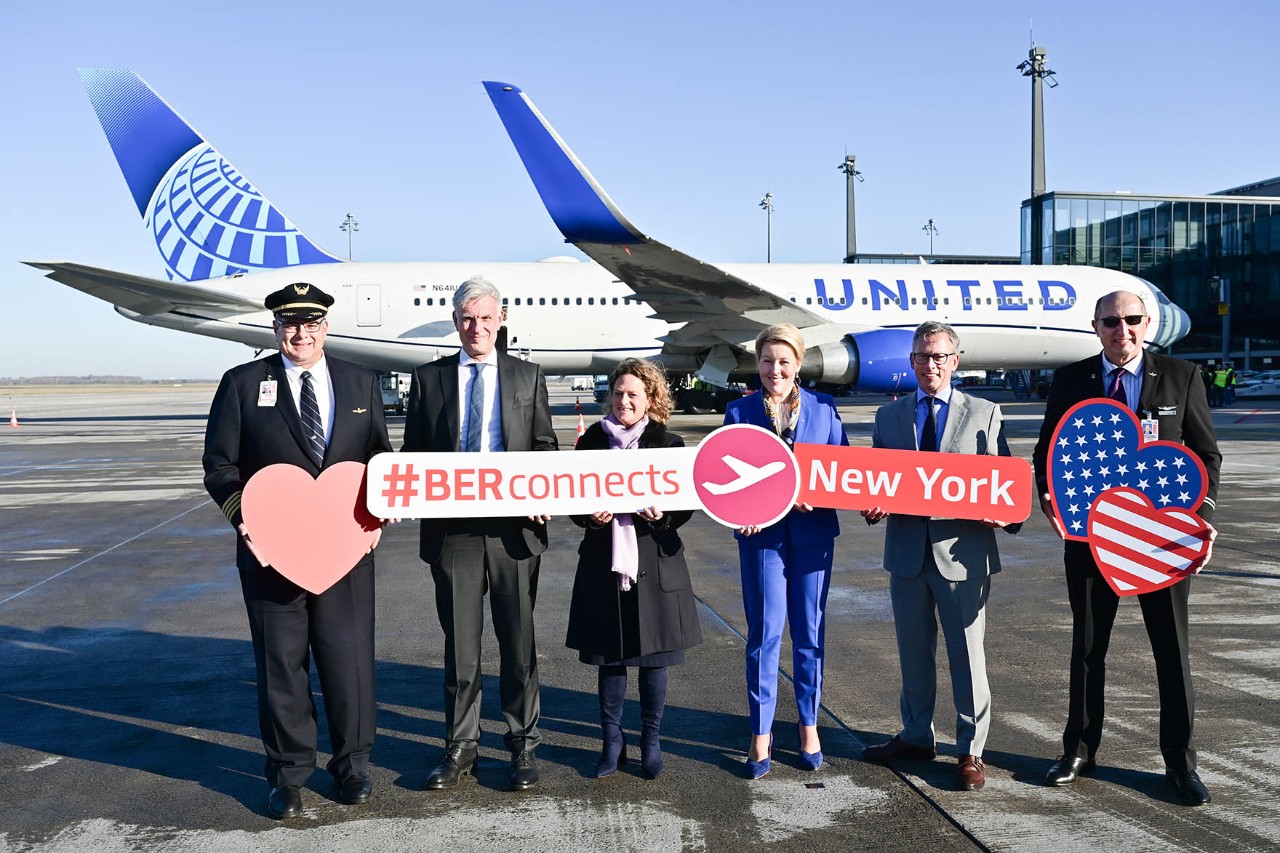 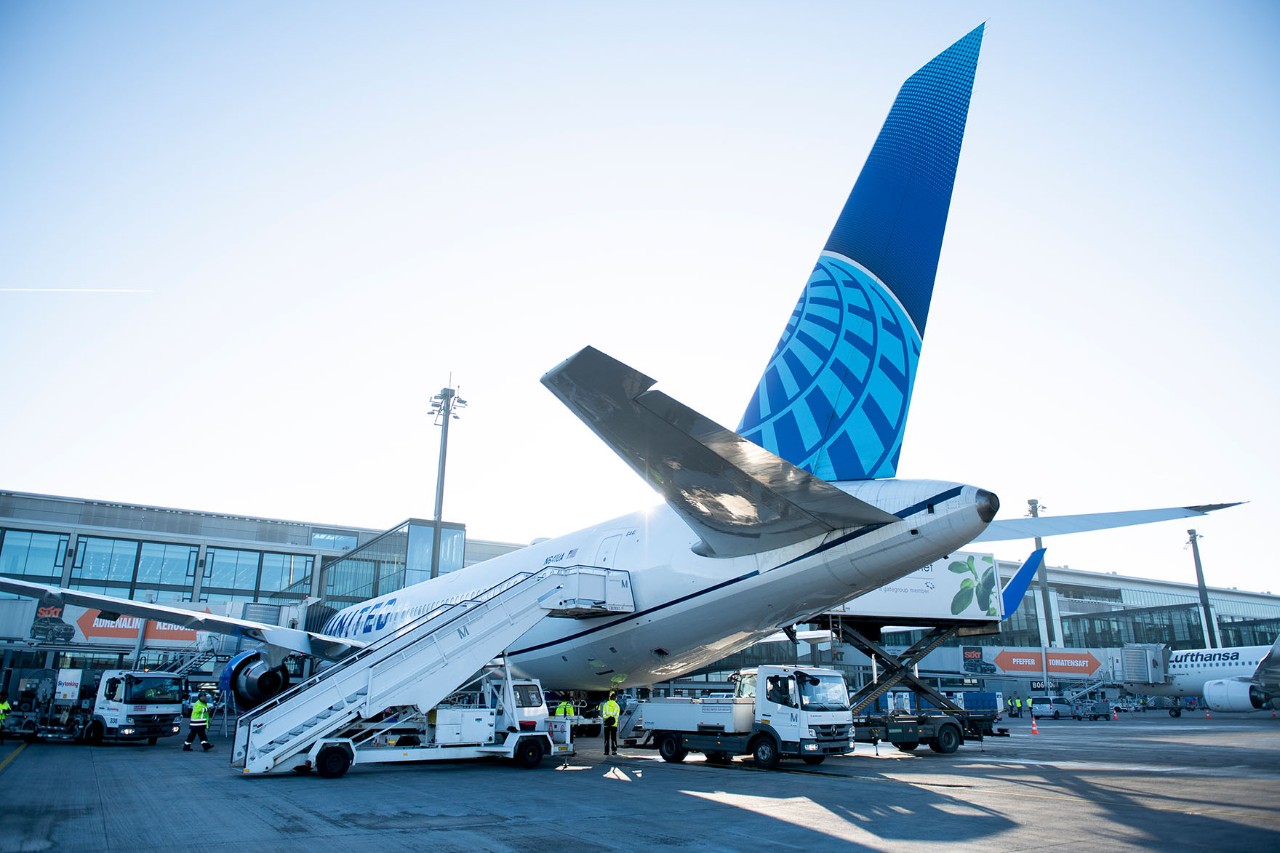 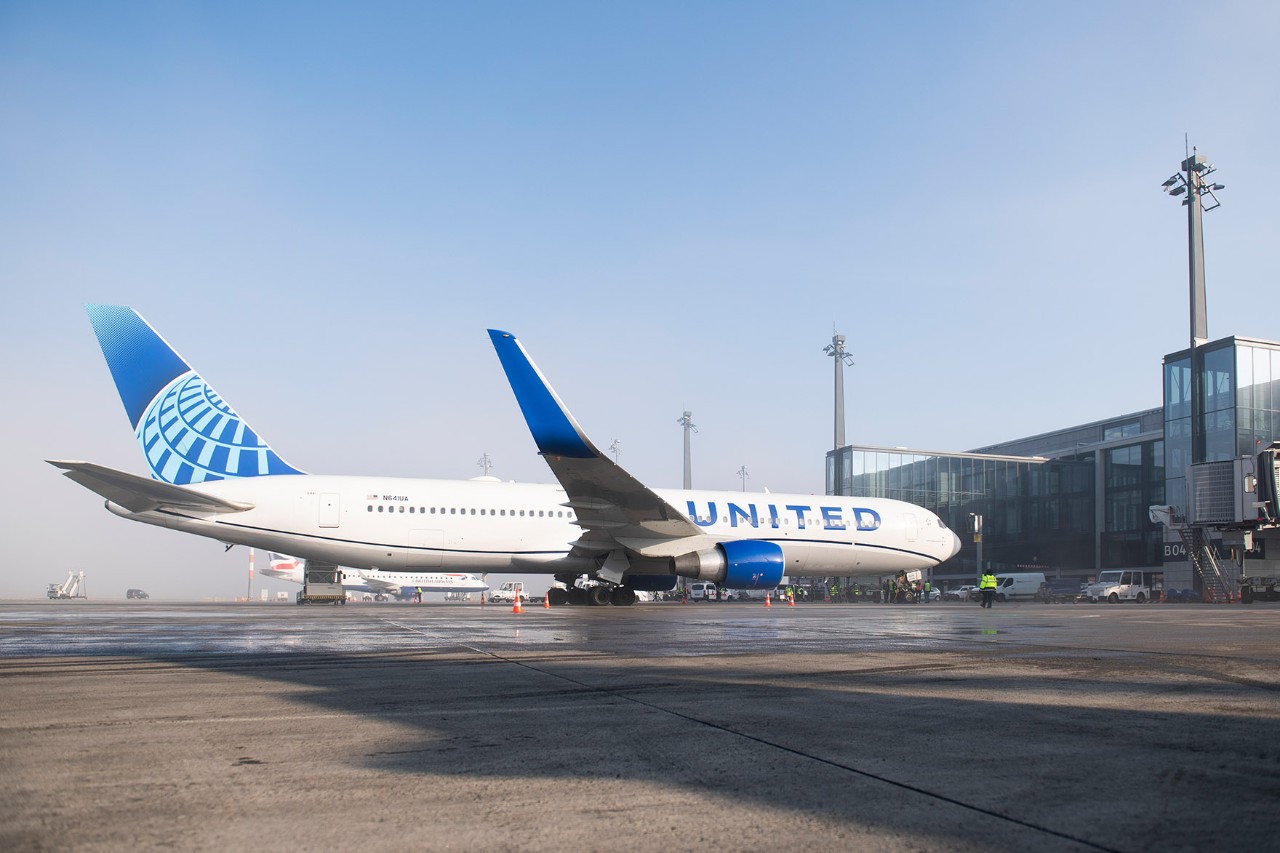 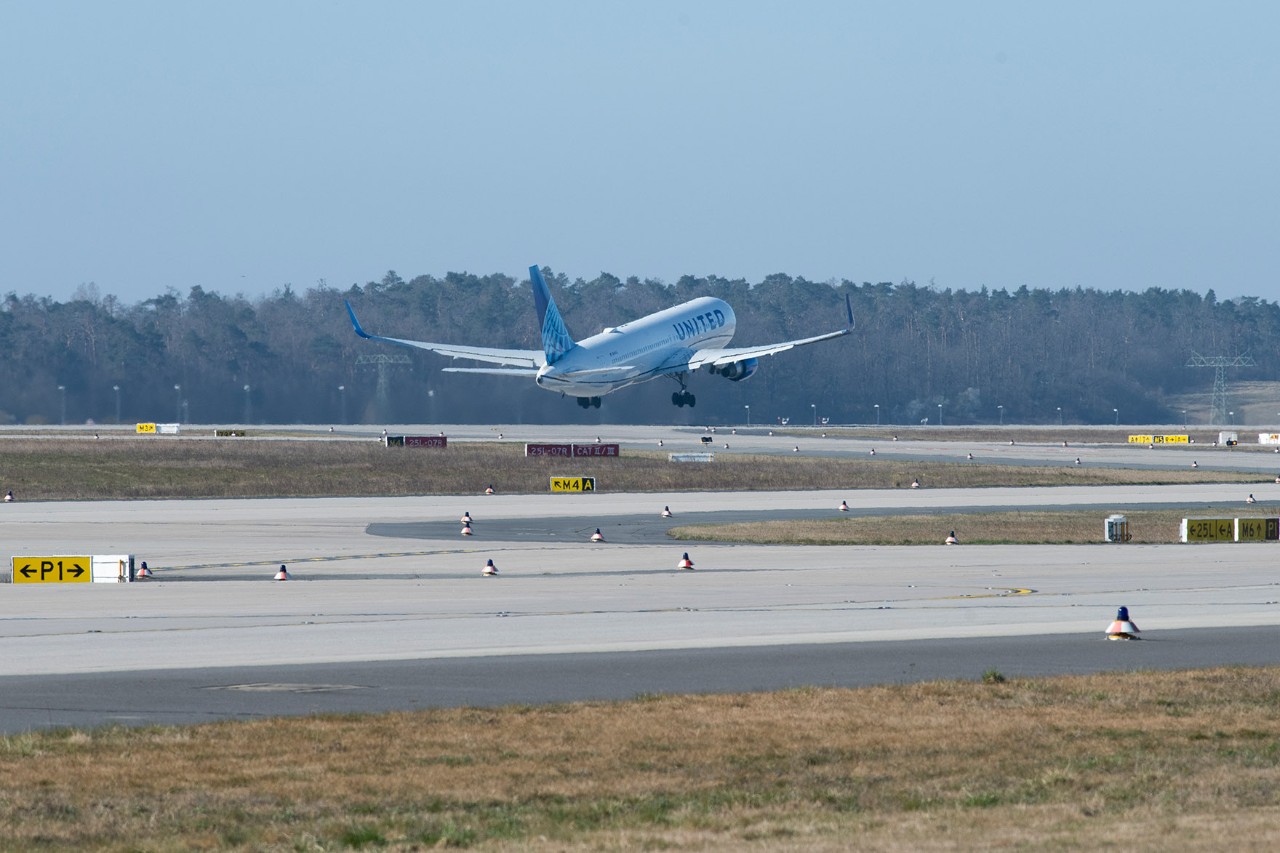 You can download the images in high-resolution quality as zip-file [92 MB]. When using the images, please ensure that the source is correctly cited. The copyright information for the photos can be found in the file information of the respective photo.