Start your career with the airport fire brigade!
New training opportunities from August 2022

Prof. Dr.-Ing. Jörg Steinbach, Minister for Economy, Labour and Energy of the State of Brandenburg:

“The good news is that we have managed to combine economic needs and be in a position to train future firefighters in Brandenburg. My message, especially to young women: there are great career opportunities and good earning potential, especially in technical job descriptions. I think we need a lot more role models at this point. I am therefore pleased that a prospective female firefighter is also on-site and hopefully there will be many to follow.”

“I am pleased that, from this summer, FBB will be among the first companies in Brandenburg to offer dual vocational training for firefighters including training to become an airport firefighter. This will help the airport fire brigade to cover its staffing needs from its own resources. Together with the Ministry of Economics, Labour and Energy of the State of Brandenburg, the Ministry of Education, Youth and Sport of the State of Brandenburg, the Cottbus Chamber of Industry and Commerce and the Brandenburg Fire Brigade Association, we have been able to ensure the necessary conditions for new vocational training positions. We are expecting a large number of applicants, who we will then start their training at BER Airport from August.”

“The airport fire brigade at BER is ready for action 24 hours a day, seven days a week and is based at three sites across the airport campus. The firefighters on duty at the airport work in three watches. From August we will be able to train six new trainees at our company as airport firefighters immediately after they graduate. This is an important step for us. At present, there’s an ongoing need for colleagues to support us at BER, although we already offer B1 training in the firefighting for applicants who have completed their training.”

Almost 300 firefighters are employed in the fire brigade of Flughafen Berlin Brandenburg GmbH. The majority are stationed in three fire houses and tasked with direct emergency service. The airport fire brigade continuously hires firefighters with B1 certification or higher and also provides B1 training.

Those interested in the new training opportunities can apply online at: karriere.berlin-airport.de 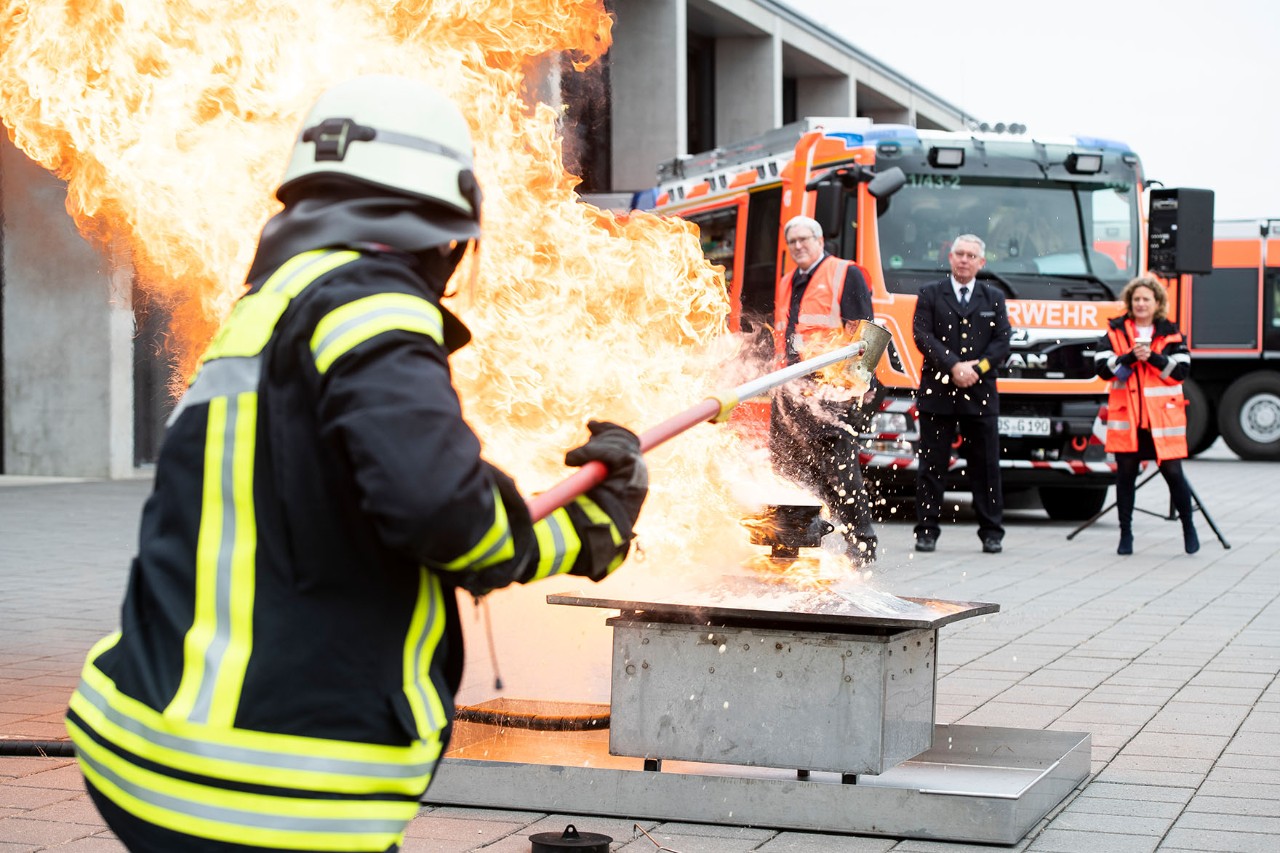 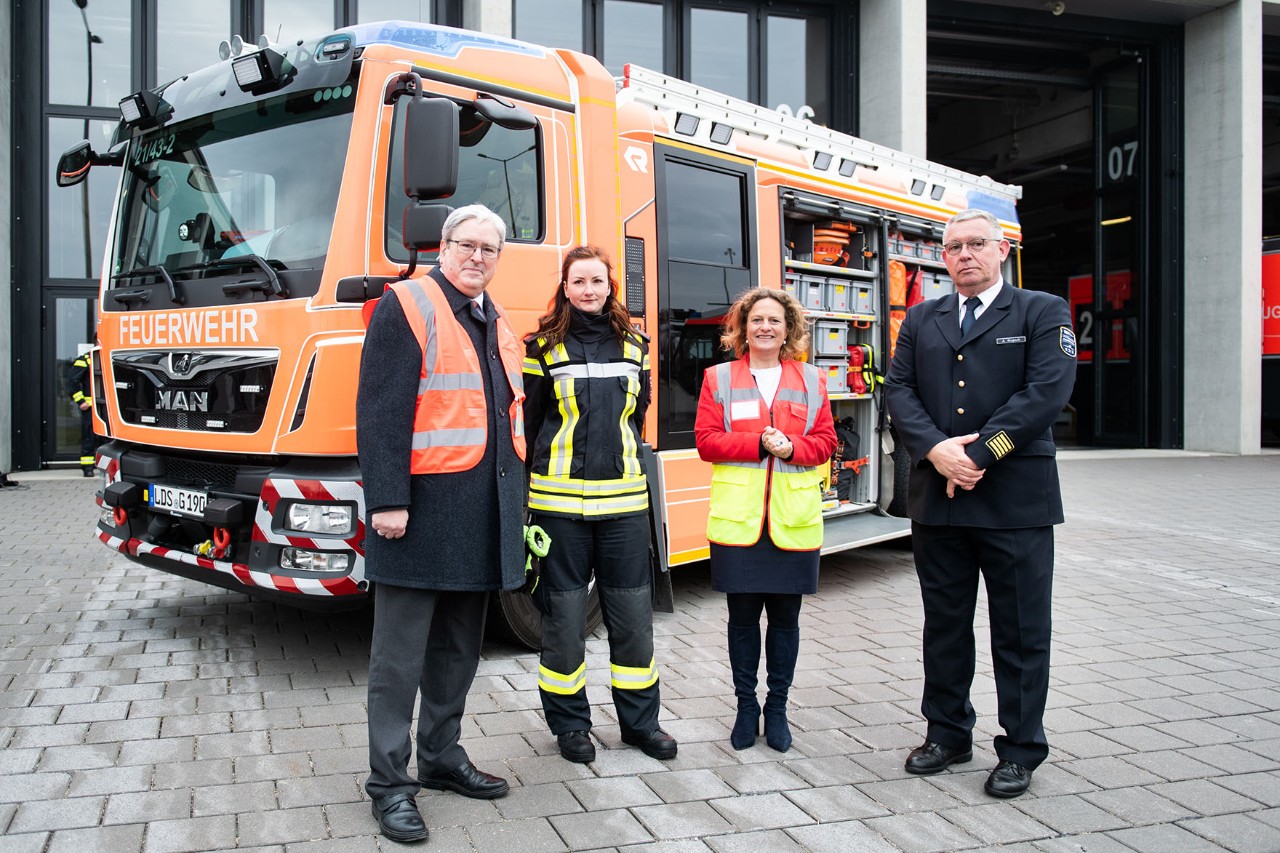 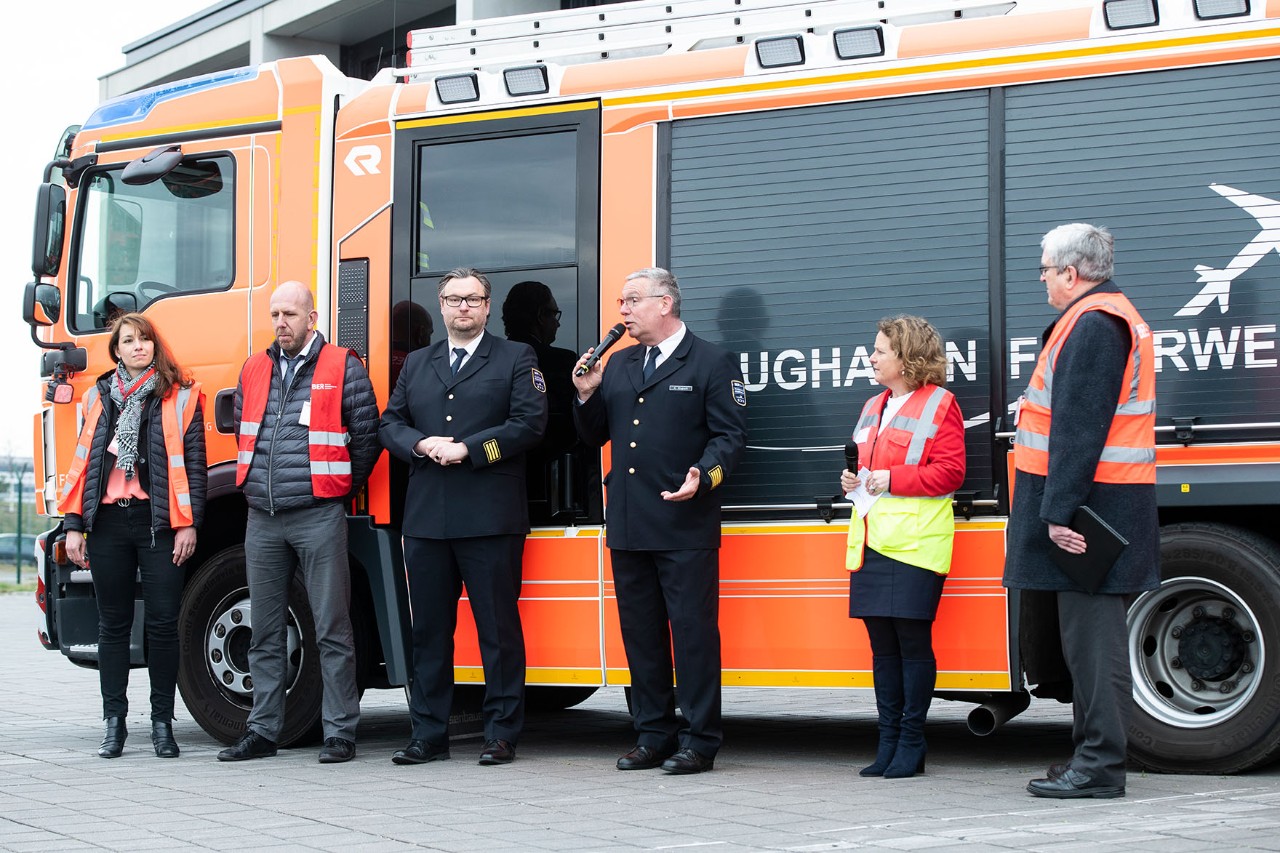 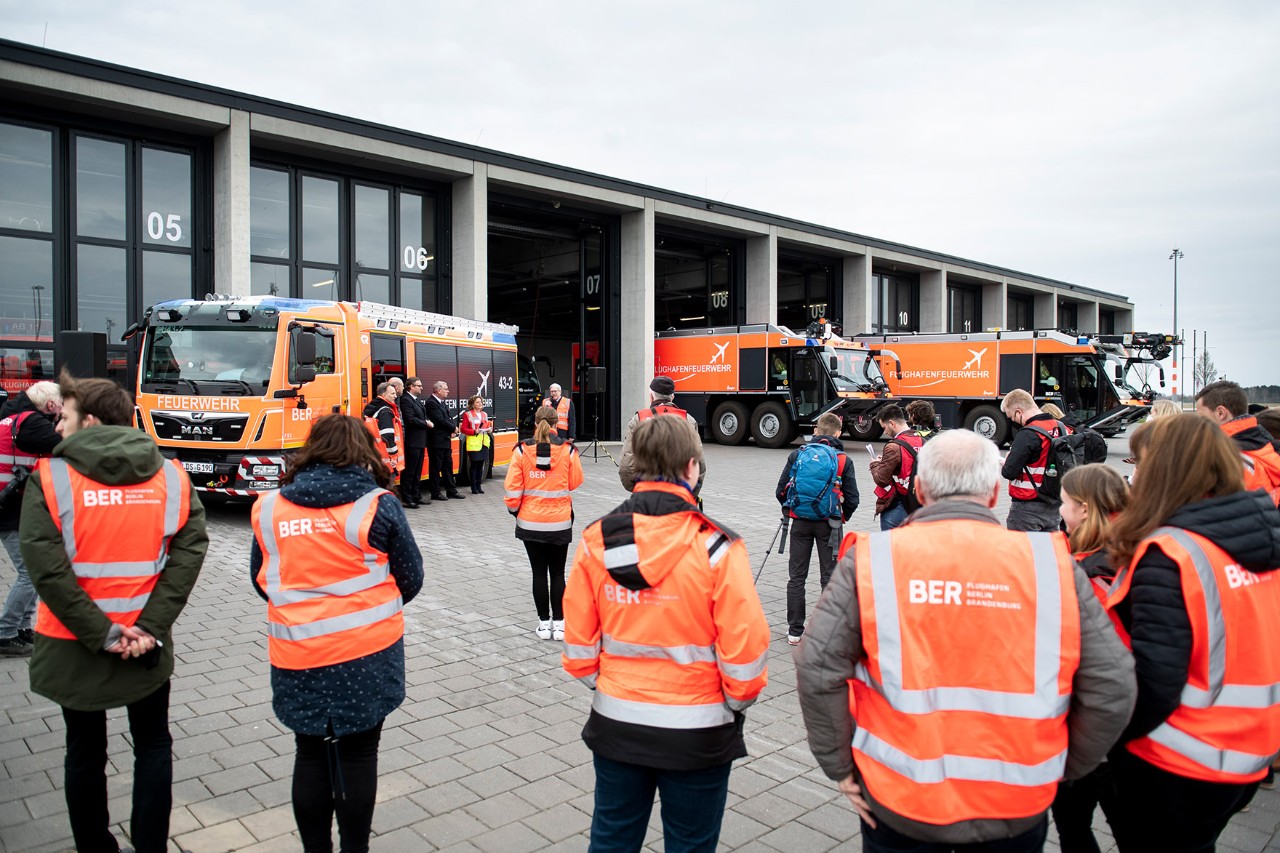 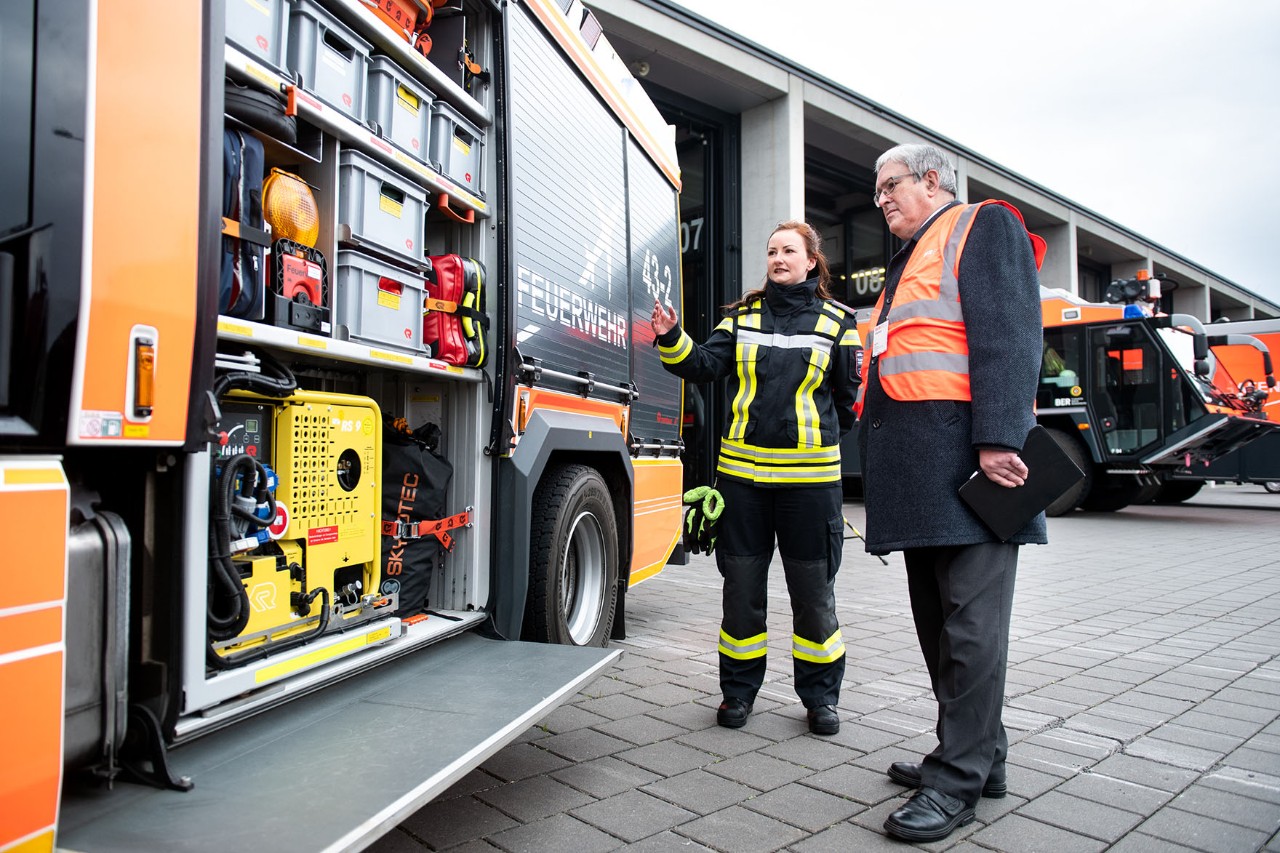 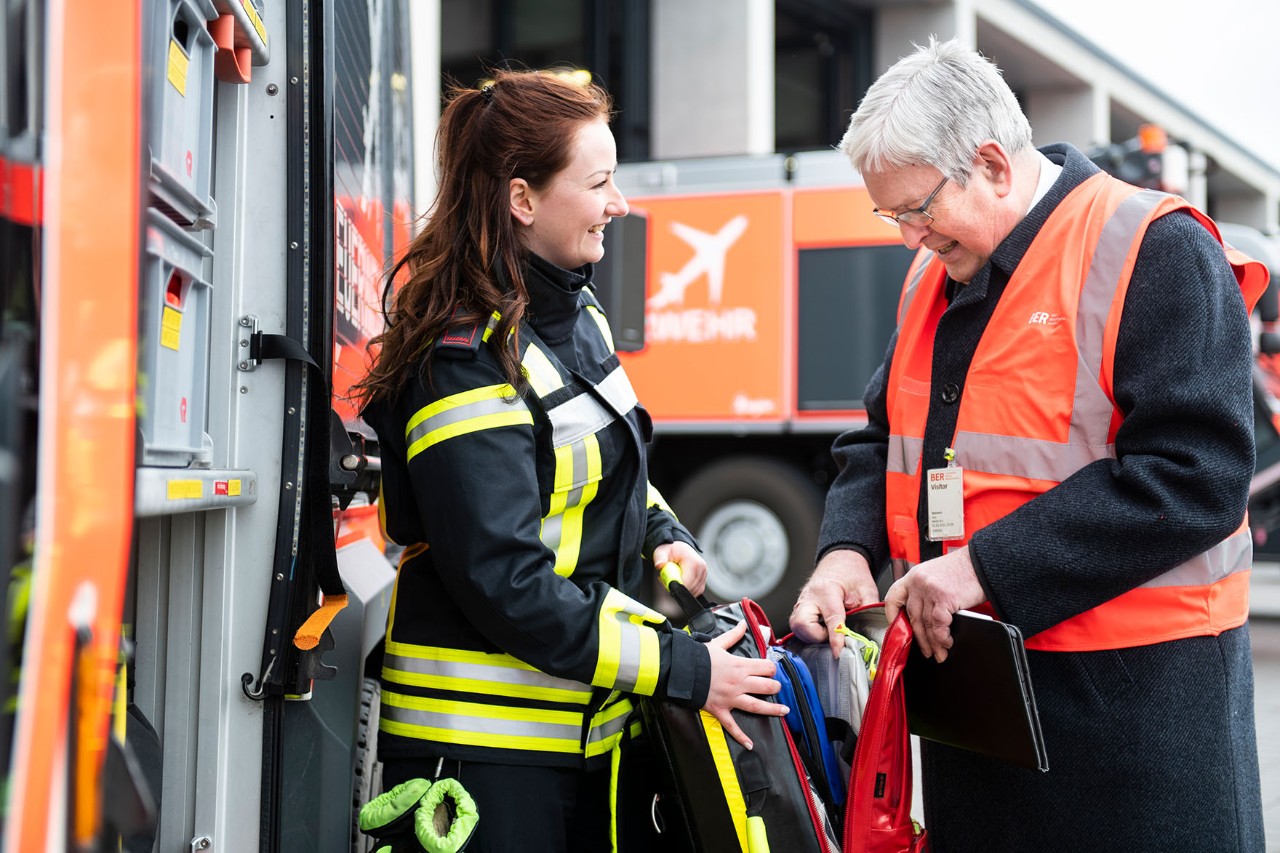 You can download the images in high-resolution quality as zip-file [65 MB]. When using the images, please ensure that the source is correctly cited. The copyright information for the photos can be found in the file information of the respective photo.