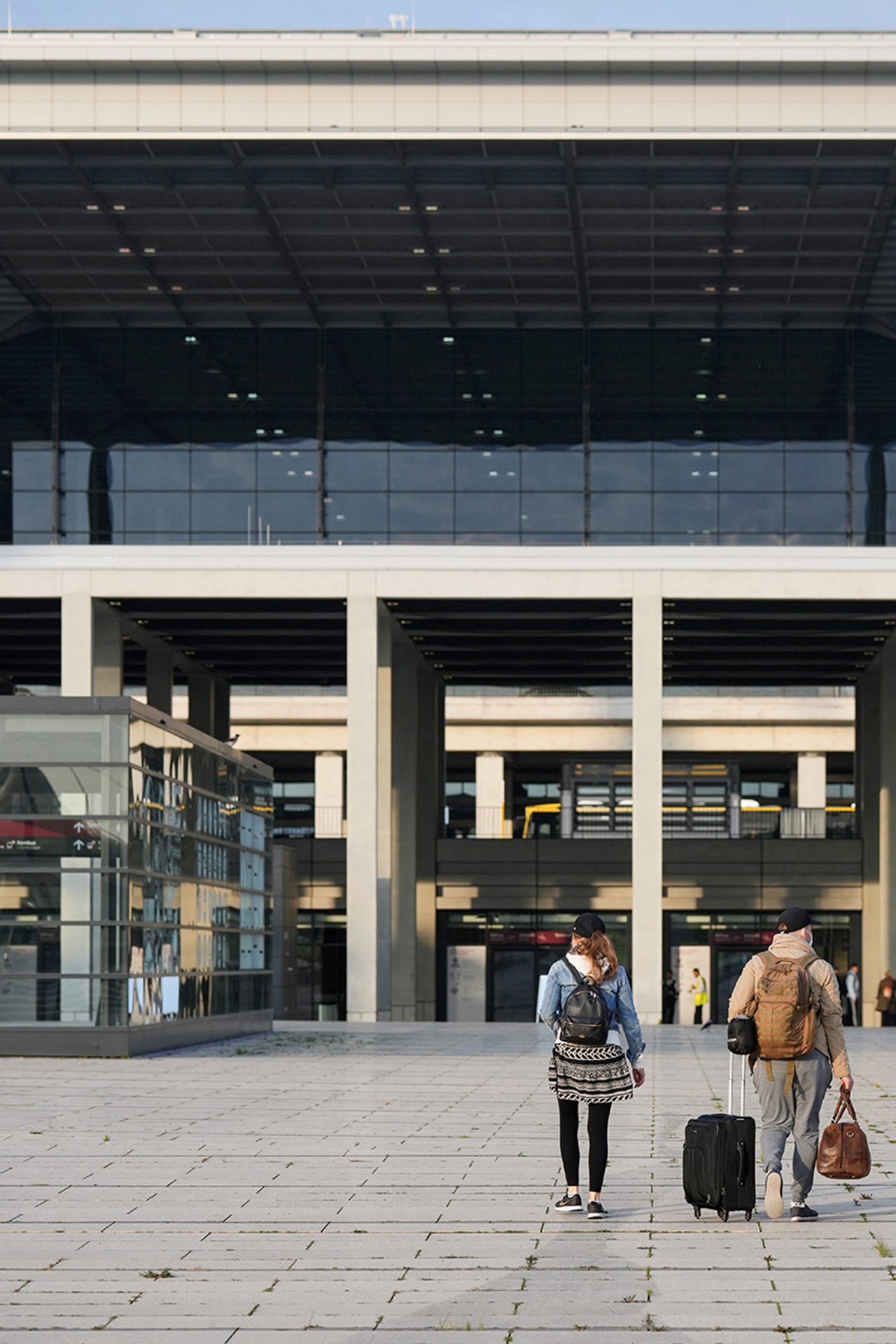 Since the opening of Berlin Brandenburg Airport at the end of October 2020, Terminal 1 has been checked for possible bird impact. Birds crashing into buildings with glass surfaces happens frequently, as well as to residential buildings. However, there are no precise figures on how big the problem is. Estimates by environmental authorities and nature conservation associations suggest that in Germany alone, up to 100 million birds die each year after colliding with glass surfaces on buildings, noise barriers and bridges.

During the daily search for dead birds at BER Airport, 50 animals have been discovered since November last year that have flown into the glass fronts of the terminal or the adjacent colonnades. There is little concrete research on the extent of the problem of birds hitting buildings. For example, the Bavarian State Office for the Environment (Landesamt für Umwelt / LfU) systematically examined its own buildings in Augsburg twice over two years each between 2000 and 2018. Around 200 dead birds were found in the process.

According to a tabulation of collision data by the Länderarbeitsgemeinschaft der Vogelschutzwarten, 200 dead birds were found at the Posttower in Bonn within one year during daily checks of the areas. In November 2018, the Stuttgarter Nachrichten reported on a count at the Mainz football arena, where 1,000 dead birds were found within one year. In all counts, it has to be assumed that more birds died from the impact some time after it happened.

On the one hand, the number of dead birds found at BER, especially in view of the fact that there is probably an unknown number of further victims, is reason for FBB to actively address the issue. On the other hand, the number of dead birds at BER has been relatively low so far. Among other things, this may have to do with the fact that there is no planting inside the terminal. Green areas behind glass fronts have proven to be particularly deadly traps for birds. Flight operations, the positioning of the building in relation to the birds' direction of migration, and the relatively food-poor environment around BER could also favour the relatively low value.

In order to further prevent bird impact in the future, the installation of foils on the free-standing glass walls of the colonnades to the north and south of the terminal building is currently being examined. Bird impact has been observed relatively frequently there. FBB is in consultation with the responsible lower nature conservation authority (Untere Naturschutzbehörde) of the Dahme Spreewald district.