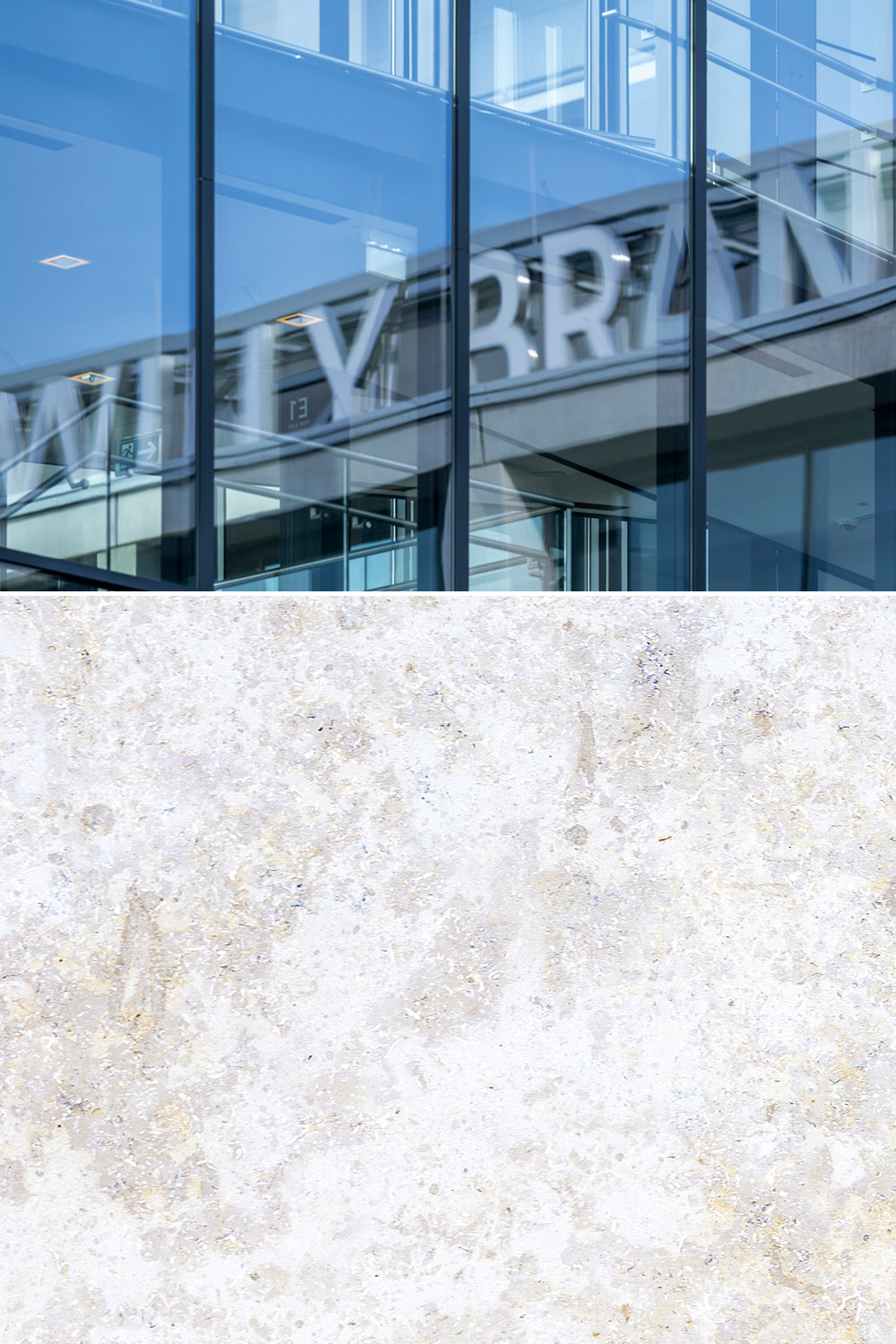 Berlin Brandenburg Airport Willy Brandt bears the IATA code BER. Schönefeld Airport was expanded by 970 hectares to a total area of 1,470 hectares for BER, which went into operation in October 2020. The terminals T1 and T2 are located between two parallel runways, which can be operated independently of each other due to the lateral distance of 1,900 metres. Former Schönefeld Airport became Terminal 5 of Berlin Brandenburg Airport when BER opened. T5 had been closed since February 2021 due to the decline in passenger numbers as a result of the Corona pandemic and will not be put back into operation. 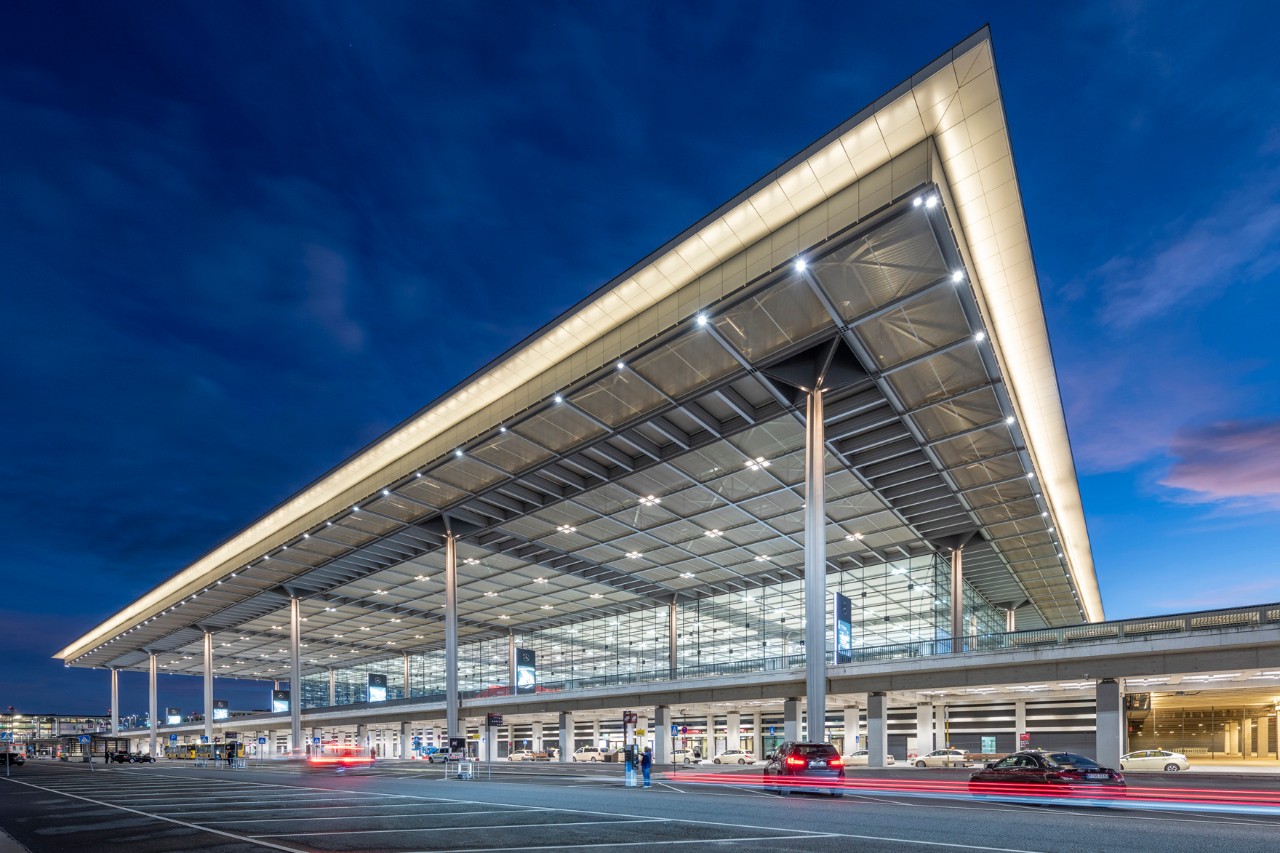 View of Terminal 1 from the forecourt

The centrepiece of the new airport is Terminal 1, which with its articulated façades and clear geometric forms picks up on architectural elements from Schinkel to Bauhaus. The generosity of the terminal hall in interplay with the colonnades as a transition between architecture and landscape responds to the specific location of the new airport: a representation of the two states of Berlin and Brandenburg in the overall concept was a fundamental design approach of the lead architects Meinhard von Gerkan, Hubert Nienhoff and Hans Joachim Paap from the office gmp - Architekten von Gerkan, Marg und Partner.

With the efficient, six-track railway station with three platforms directly under Terminal 1, BER has an important unique selling point compared to all other major German airports. BER is very well connected to Berlin and the surrounding area by public transport. Airport Express (FEX) and regional trains (RE7, RB14) run several times an hour between Berlin Central Station (Berlin Hauptbahnhof) and the station "Flughafen BER - Terminal 1-2". The S-Bahn S9 and S45 run every 20 minutes. Buses supplement the service. The railway lines to and from the new airport are fully ICE-compatible. Passengers and visitors can reach BER comfortably by car via the motor way A113 and the B96a. 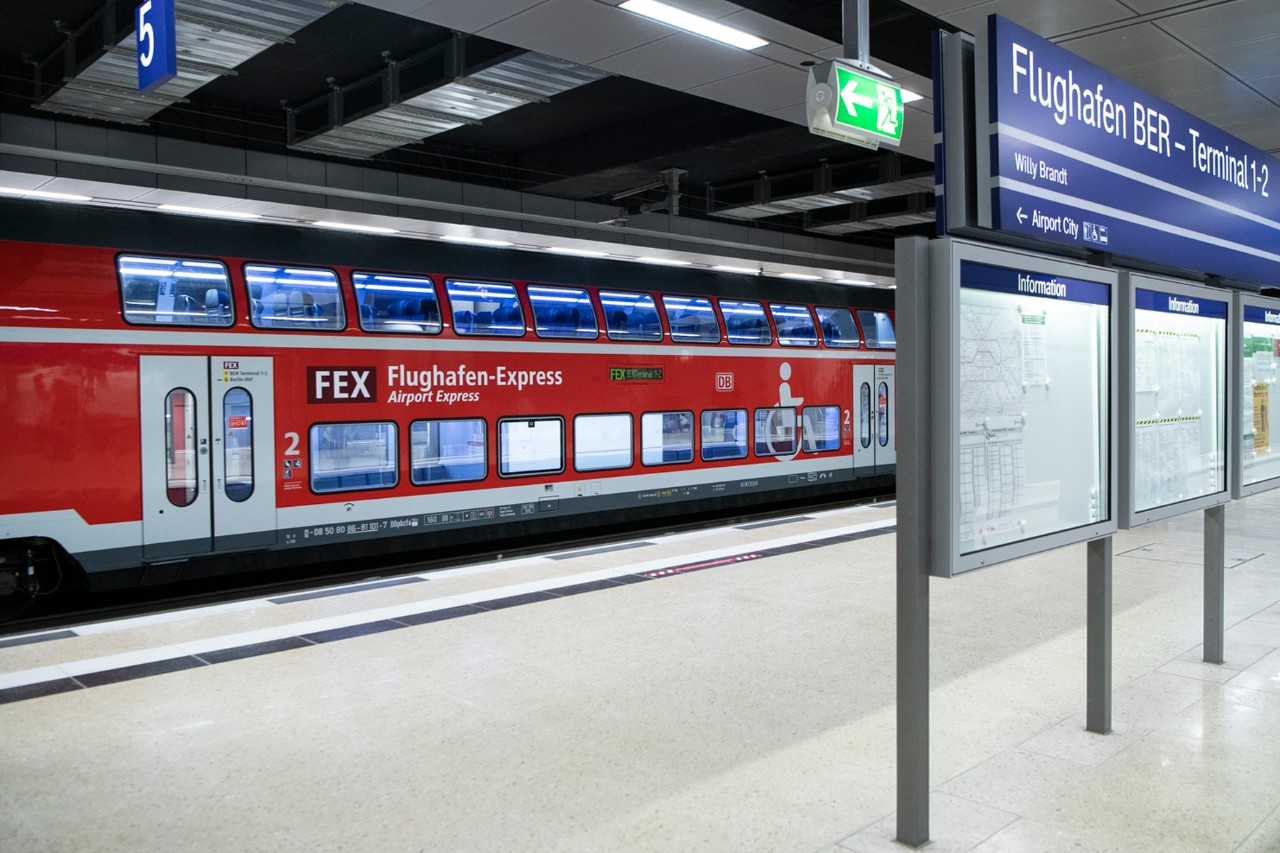 Information on the BER master plan

Groundwork for the airport location BER