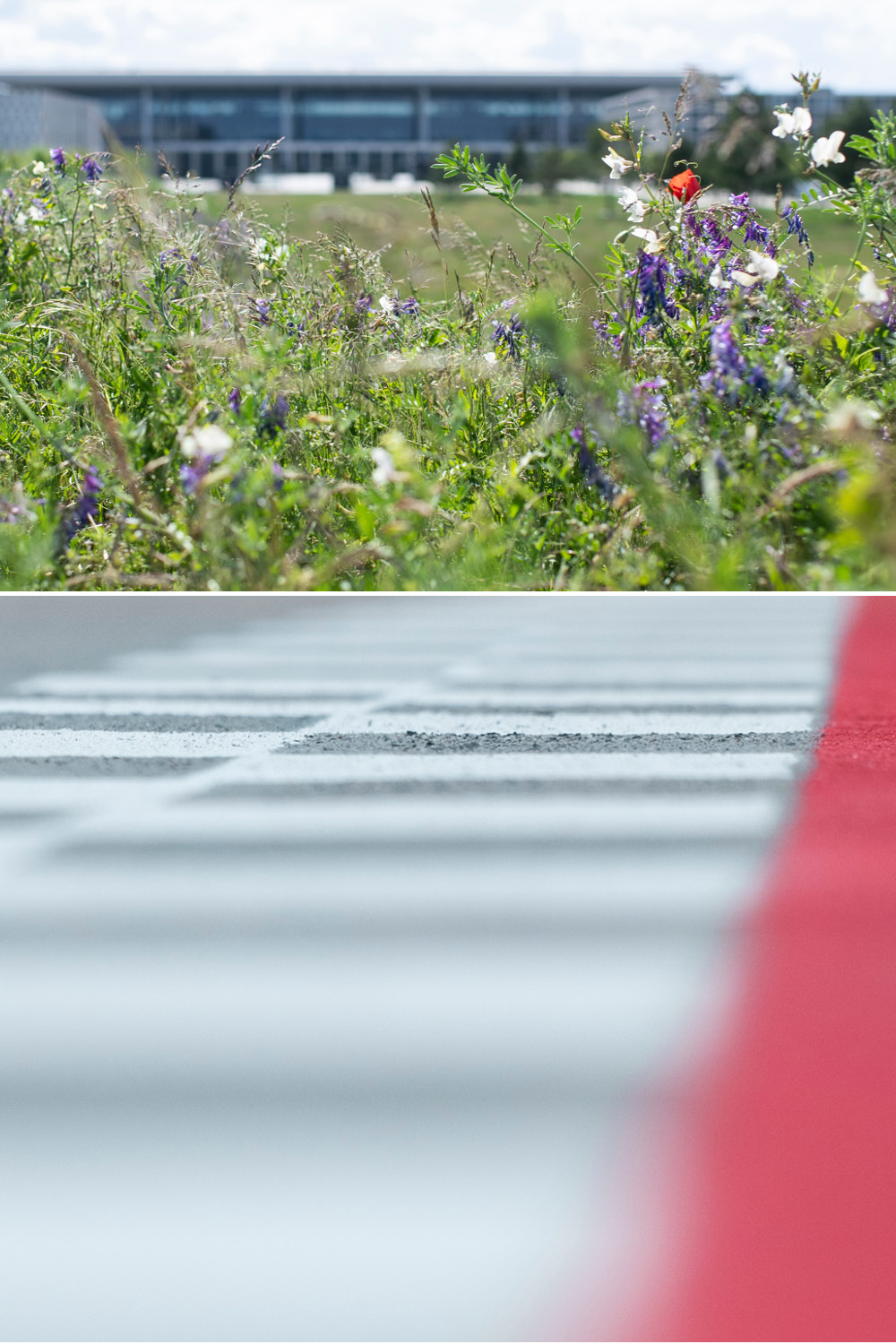 With a voluntary programme launched in 2011, the airport operator has been examining the impact of air traffic on the air quality and food produced in the vicinity of the airport.

One of the main aims of the airport operator, Flughafen Berlin Brandenburg GmbH, is to limit emissions of airborne pollutants to an absolute minimum. However, the day-to-day operations of an airport do not permit airborne pollution to be avoided entirely. Airborne pollution is primarily caused by aircraft turbines which combust fuel and emit carbon monoxide, nitrogen oxide, sulphur dioxide, hydrocarbons, particulates and carbon dioxide. Auxiliary power units, which generate electrical power and pressured air for aircraft on the ground, are a further source of pollution. Diesel-powered ground power units which supply aircraft in apron parking positions with power also cause emissions, as do ground traffic with buses and tow trucks.

Round 34.7 million passengers used the airports at Schönefeld and Tegel in 2018. The traffic generated by passengers travelling to and from the airport, as well as all the people who work at the airport, is a further significant source of pollution. BER will have optimum connectivity to the local public transport infrastructure and intercity rail network, and it is expected that in future one in two passengers will travel to the airport on public transport.

In order to monitor and analyse the air quality and the environmental impact of air traffic in the long term, the airport operator launched a voluntary Environment Study Programme in 2011. One component in this programme is a honey monitoring scheme which examines honey, pollen and honeycombs from the airport vicinity for traces of airborne pollutants. A further scheme in the Environment Study Programme is biomonitoring using standardised kale plants. Since 2011, FBB has been examining the incidence of air pollution caused by air traffic and its impact on the environment around Schönefeld Airport and the new BER. The airport operator has installed an air quality monitoring point to examine the air at the airport for signs of typical pollutants caused by air traffic. The analysis of the samples and the publication of the results are handled by the State Environmental Agency.

The airport operator and its service partners are continually working to reduce the emission of pollutants. For example, old highly polluting machinery is replaced with modern equipment. Computer software will be employed at BER to optimise handling processes and avoid unnecessary empty trips. When the new Berlin Brandenburg Airport opens 28 of 86 parking positions will be equipped with 400-Hertz electricity connections. The use of diesel-powered auxiliary power units will be prohibited at these positions. The two highly-efficient combined heat and power plants and the use of geothermal power in the terminal will help to reduce emissions substantially.

At the eastern head of the runway at Schönefeld Airport, Flughafen Berlin Brandenburg GmbH has installed an air quality monitoring point. This location, which was chosen in collaboration with the State Environmental Agency of Brandenburg (LfU), is used predominantly to measure emissions in westerly wind conditions which are caused by aircraft taking off, vehicle traffic on the ground and handling processes on the apron. The measurements, which started in August 2011, will allow any changes to the air quality after BER opens to be precisely documented.

With the aid of the monitoring point, the concentration of typical contaminants, such as carbon monoxide (CO), nitrogen monoxide (NO), nitrogen dioxide (NO2) and particulates (PM10 and PM2.5) are continuously monitored.  Additionally, samples are collected on filters and in tubes and submitted to the State Laboratory of Berlin-Brandenburg. These samples are tested for the presence of the pollutants benzene, benzo(a)chrysen, other hydrocarbons and particulate matter. The continuously monitored values can be accessed daily on the website of the State Agency for the Environment.